Plain and simple…we help build hit songwriters. Combustion Music opened its doors in 2001 with the mission of providing a closely knit creative environment for up and coming songwriters to flourish and ultimately maximize the value of their copyrights. Twenty years and 100 #1 hits later, we continue to follow that very same path. There is no science to art… However, carefully nurtured and focused creative support combined with raw talent can lead to some extremely positive results. The consistency in our staff, the longevity of our writer relationships, and the agility to adapt quickly to an ever-changing music business environment has led, over these 20 years, to some very solid results. We pride ourselves on that consistency and longevity, as evidenced by a 17-year relationship with six-time country Songwriter of the Year Ashley Gorley; a 12-year run with five-time Christian Songwriter of the Year Matthew West; and both the writer and artist development of hit Sony artist Jameson Rodgers, recent Broken Bow Records signee Kolby Cooper, and up-and-comer Corey Kent. Again and again, our songs and catalogs hold up over time as evidenced by our consistent growth and return, and our writers’ loyalty. Nashville is clearly at the center of country music, and while our catalog contains works from many genres, at our core we are a country music company. We work out of a house on Music Row built in the 1930’s, where music is coming out of every room….songwriters working on new compositions, and creatives listening and trying to find a suitable home for the latest demos. Music is everywhere. Nashville is a hot city, and country music is an even hotter genre…country is cool, youthful and vibrant, and playing and growing in every corner of the globe. Combustion Music stands at the forefront of companies strategically prepared to continue to capitalize on this worldwide growth. 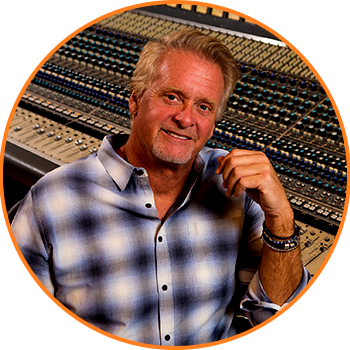 Songwriter/Producer Farren founded Combustion in 2001 as creative home to aspiring songwriters and artists of all genres. A two time Grammy nominated producer, CMA Award winning producer and 11 time ASCAP awards winning songwriter, Farren started an independent publishing company with a bunch of young unproven writers and no catalog, and together with his team steadily built up a catalog of hit songs that included Grammy winning  “Jesus Take the Wheel”, and signing the hit band Kings of Leon, and songwriter of the year Ashley Gorley. Farren is currently producing Jameson Rodgers for Sony Music Nashville / River House Artists. He continues to guide the creative direction and day-to-day operations of Combustion and is a board member of the ACMs, Lifting Lives and NARAS. 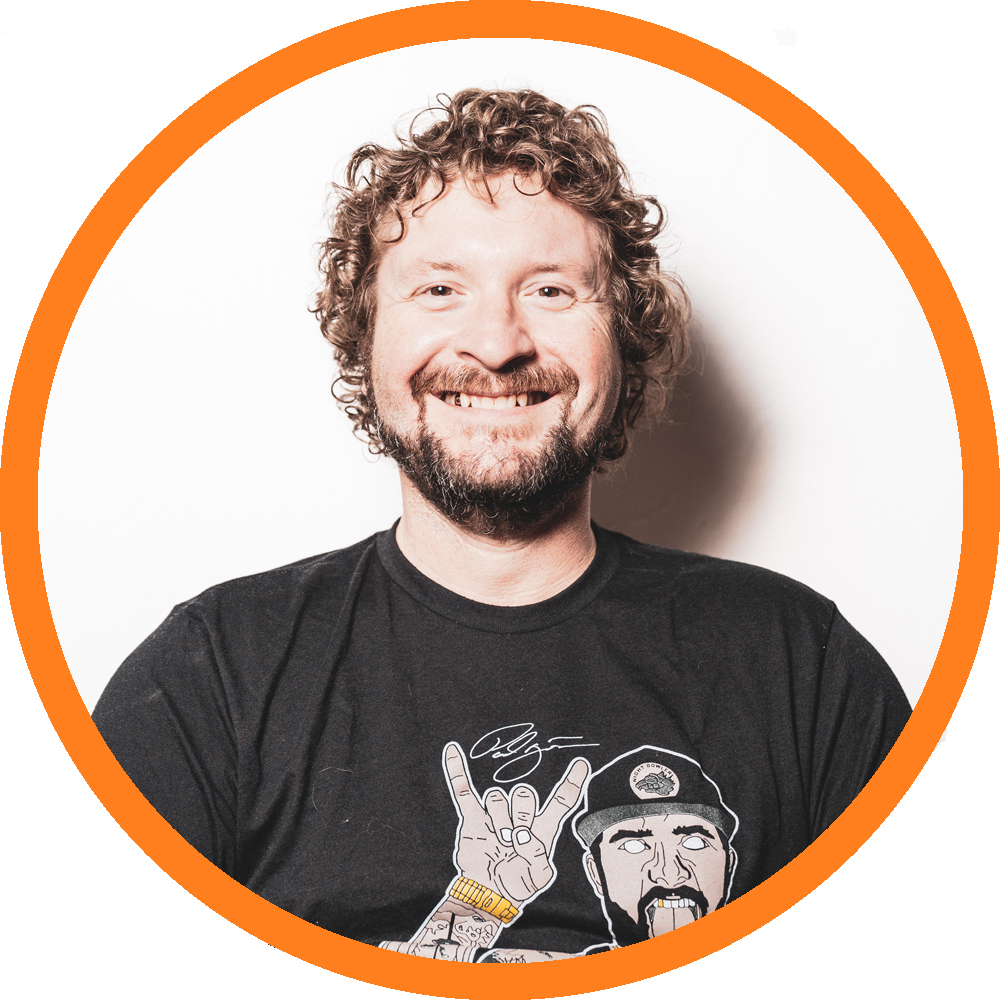 A Nashville (Franklin) native, Combustion VP Chris “Falcon” Van Belkom’s passion for music paired with an innovative line of thinking has made him an integral part of the company’s long-standing success. “I got into the business wanting to be in A&R, but what’s cool is my career has worked its way into anA&R position.” Starting with Combustion fresh out of college (and on the heels of the company’s launch) as a receptionist, Van Belkom learned early on that pitch meetings weren’t a given, and he’d have to look for other ways to land cuts. “I connected with my buddy Josh, who’s now the VP of Sony MusicPublishing. We noticed that, more and more, artists were writing their own songs. So while we weren’t having much luck in pitch meetings, we started setting our writers up on co-writes with the artists themselves.”

Combustion’s signing of hit writer Ashley Gorley gave Van Belkom his first success using the writer-artist co-write model which, at the time, was revolutionary. “Ashely andI kind of linked up and learned together. I watched him go from making soup at the office to being able to purchase the office.” The partnership led to a succession of radio hits and several ASCAP and NSAI Award wins.

Van Belkom is also credited with the discovery of country star Jameson Rodgers, who he found on YouTube. “I was looking for people that had covered Eric Church,‘These Boots,’ and found Jameson. I thought, ‘if a kid’s digging that far into an Eric Church album for a cover, that’s who I want.’” Opting again for a non-traditional approach (“We were tired of the traditional gatekeepers. We thought, ‘we can do better, and we’re gonna do it our way.’”), Van Belkom led the charge, buildingRodgers from a songwriter to a nationally recognized name in country music. “We basically did what we would have done if our high school band had $10,000 for promotion. It was a very grassroots, punk-rock approach.” He’s used a similar approach developing recent Broken Bow Records signee Kolby Cooper, and up-and-comer Corey Kent. 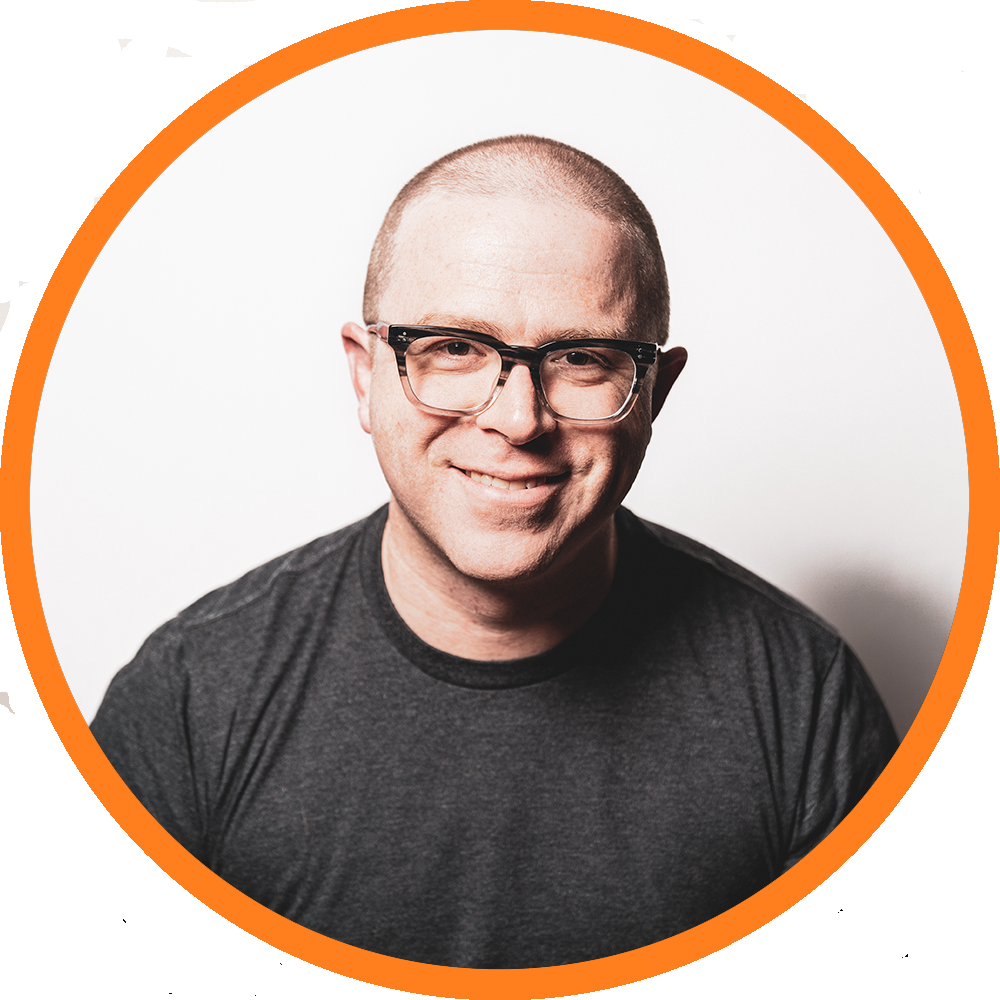 Throughout his almost 20 years in the Nashville creative community, Melton has worked alongside the town’s top songwriters and artists, securing multiple #1s. Beginning his career at Sea Gayle Music, Melton’s most recent role was as GM of Mojo Music & Media, where he led the creative team for over 6 years. 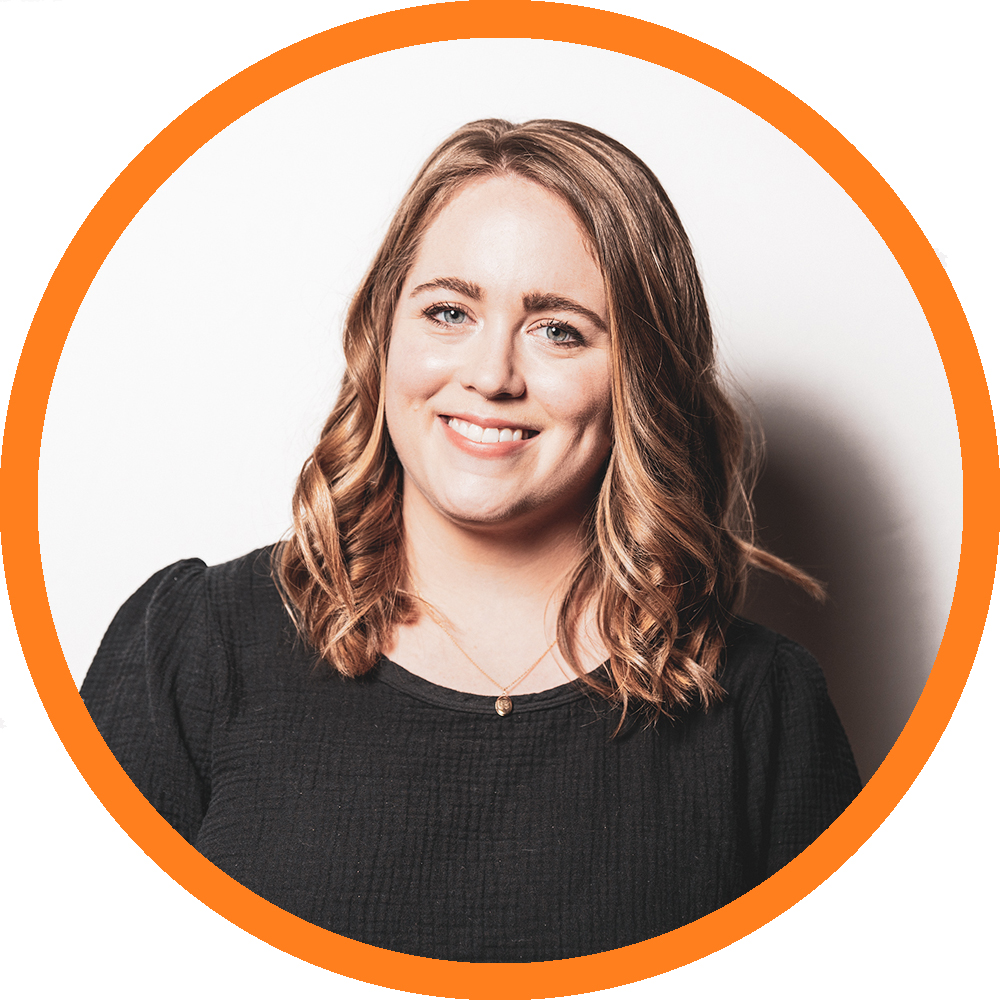 Kelly Lyons began her career in Nashville upon graduation from Northeastern University’s MS Music Industry program. An avid music fan with a passion for the lyrics of a song, Lyons maintains the company’s catalog, handles office operations, label services and junior creative efforts.  Since joining the Combustion Music team, Kelly has been instrumental in planning the annual Hope Town Music Festival. She is a member of the Women’s Music Business Association, The Crew Nashville and Musicians On Call and enjoys participating in industry events, such as the Music Row Ladies Golf Tournament. 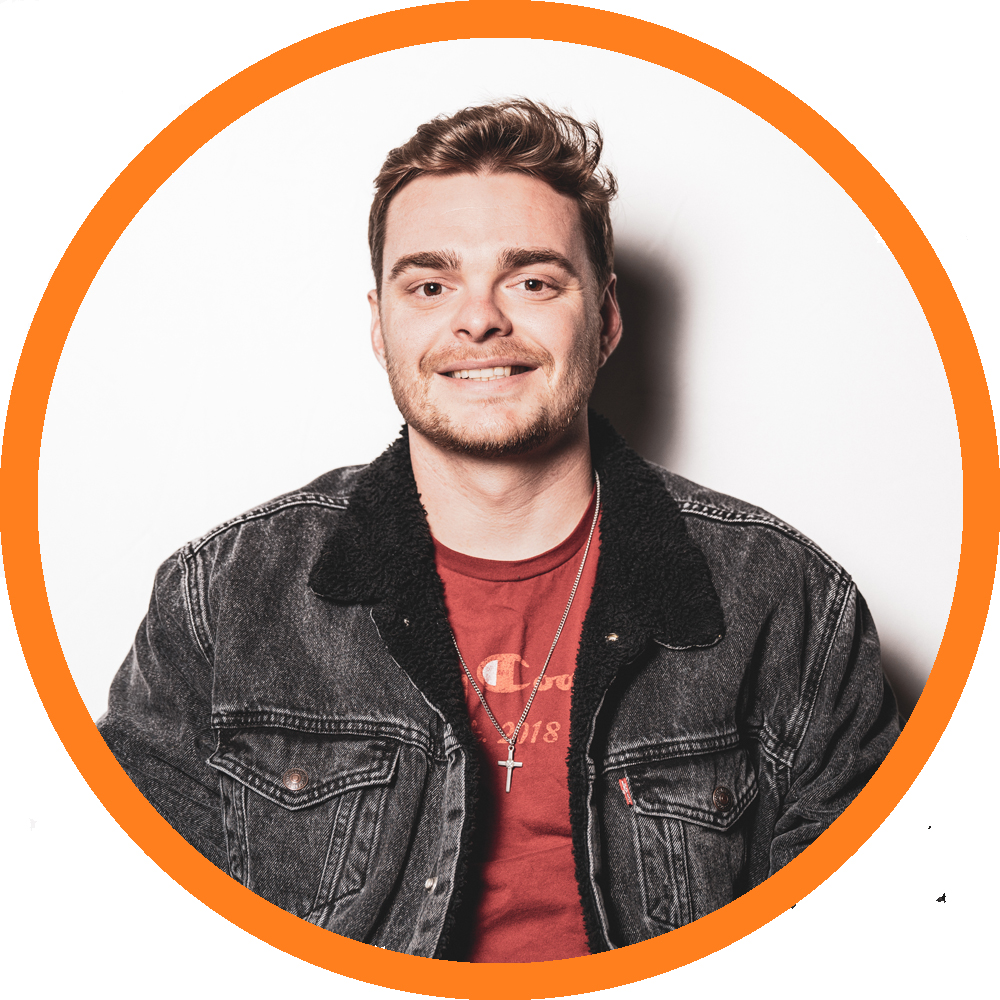 Blake Duncan knows what it takes to grow an artist. As a professional in the industry he has bolstered the careers of a diverse stable of musicians and songwriters over the years. His charges have included Joe Whalen, American Idol sensation HunterGirl, Austin Goodloe (currently touring with Ben Rector), Alan Jackson (ACM, CMA, and Grammy winner), Carter Faith (Spotify Fresh Find), Corey Kent (Apple Music's Country Chart #1), and Kolby Cooper(Over 100 million lifetime streams). His philosophy is simple: “If it’s good music, I’ll always be happy putting it out.” However, his down to Earth approach has been won through a life of patient endurance.

“I travelled a lot growing up. Born Louisiana, moved to Texas, California, before finding home in Nashville,” he recounts of his childhood, “In high school I became a big athlete. Kind of a cliche. Quarterback, pitcher, etc… but music had always relayed how I felt.” Whilst his interest in music persisted, Blake’s road into the industry was circuitous. He attended MTSU where he lived with high school friend Joe Whalen, whose father was VP of Sony/ATV. He then worked odd jobs until he was 20,when a construction job at a songwriter’s house piqued his interest in penning lyrics. “Joe and I got off early, and hit Music Row to talk to his dad about becoming songwriters.” However, Blake’s mother had been struggling with medical bills from cancer treatments, so in order to pay for college he joined the Marines. “I eventually became a Sergeant and was in charge of 30 men. I credit that as to why nothing in the music industry stresses me out.”

By this time he had begun repping his first clients. Success bred success and before long he found himself Director of Creative and A&R at Dreamlined Entertainment (at the referral of Mike Whalen). He simultaneously traded time for experience helping out with 2022 Billboard Indy Player Zebb Luster’s YNOT Wednesdays Songwriter Spotlight. However, his dream job was ahead of him at Combustion. His last conversation with his mother before she passed was her encouraging him to go for the position. “I’ve enjoyed working hard here at Combustion,” he enthuses, “I like to keep my focus on comradery over clout. We focus on the voice of the writer, the voice of the creator… ignoring the politics of social media and Music Row.” Taking inspirational cues from indirect mentors David Geffin, Scooter Braun, Jimmy Iovine (“I try to take the things they did in their careers that I love and do them in my own way…”) and direct mentors Luster, Riser House Sr. VP of A&R Brandon Purdue, and Combustion’s own VP Chris “Falcon” Van Belkom, Duncan’s had his name on over 150 cuts last year alone, and made MusicRow Magazine’s prestigious Next Big Thing list in 2021. Touting an ever-growing trophy case, one thing is clear: Blake Duncan knows how to pick talent, and knows how to make them shine.