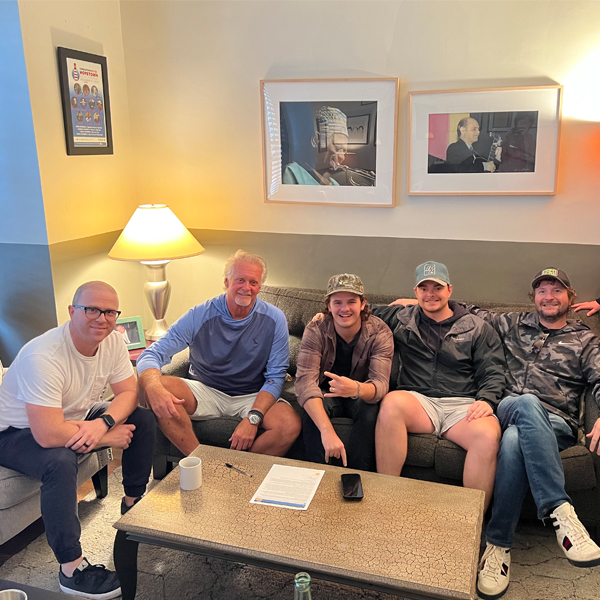 Combustion Masters announced today their signing of artist Payton Smith to their growing label roster. Smith released his self-titled, debut EP in 2019, featuring his hit "Like I Knew You Would," which has over 50 million streams worldwide. In 2020, he was named Taste of Country's Hottest Country Artists Under 25 list and was included in Music Row's Next Big Thing class of 2021. His most recent release, single “Need You To Not,” is available now.

“Sometimes your gut just screams at you to do something….this is the feeling I got the first time I met Payton,” said Combustion President Chris Farren. " He is a great singer, sizzling guitar player and has a sense of focus and artistry well beyond his years…as well as being a really good guy! I couldn't be more excited to be working with Payton and to see where this all goes next.”

"Payton’s the kind of guy you want to run through walls for,” said Blake Duncan, Combustion's Senior Creative Director, A&R. “His passion and energy with a guitar is hypnotizing, followed up with his raw and authentic storytelling! We are stoked to add Payton to the Combustion Family!"

“The Combustion Music team has the experience and the passion for music that attracted me from our first introduction,” added Smith. “The vision they show towards my career has me feeling inspired and ready for this new chapter. I could not have hoped for more than to have the opportunity to work with this dream team. ONWARD!”

Smith is currently in the studio, with Farren at the production helm, working on new music - due out in early 2023. The 22-year-old rising star is signed with Eclipse Music Group for publishing.