Jameson Rodgers is a country artist signed to Sony Records / River House. Rodgers recently celebrated his second consecutive #1 at country radio with his hit, "Cold Beer Calling My Name", which he also co-wrote. Rodgers first #1 as an artist was "Some Girls", his debut release on Sony / River House. Rodgers celebrated his first #1 as a songwriter in 2019 with Chris Lane's "I Don't Know About You". Along with his own artist project, Rodgers has recent cuts on Jon Pardi, Kolby Cooper, Luke Bryan, Jason Aldean, Cole Swindell, Dustin Lynch, Drew Parker and more. Rodgers is currently in the studio working on new music and will be on tour to kick off 2023 with HARDY. 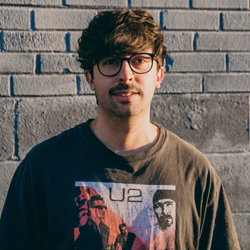